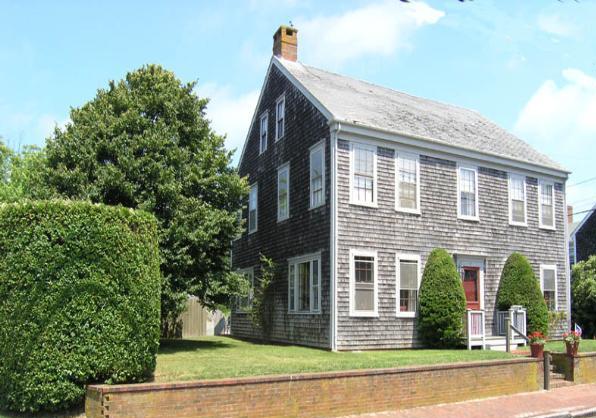 35 Milk Street, built circa 1817 at one time was known as The Big Shop and was used for the building of boats until the mid 1800’s. It had been occupied and owned by the same family since 1947, until its recent sale in 2010. It is part of the historic Milk Street neighborhood most likely, named because it was the early route taken by dairy farms west of town near Hummock Pond to the densely populated part of town where milk was delivered to households and shops. Many early houses are in the area, which once was the center of the local government. The Town House, or court house, was moved from its original location on West Chester Street near No Bottom Pond to the corner of Milk and Main Streets in 1783, and remained the hub of local government until 1836, when the town purchased 2 Union Street, previously the home of the NPT, for that purpose.

Today the property is among a list of 10 houses participating in the 9th Annual Tour of Lights. Houses on the list each have elaborate holiday light displays, which can be voted on up until Friday, December 19 at Noon.