A housewright from Little Compton, Rhode Island, Rescom Palmer moved to Nantucket when he was in his twenties. He married Nantucketer Elizabeth Ray Stubbs in 1804, and purchased the land at the corner of New Mill Street and what was then known as Copper Street (now Prospect) in 1808. The house he built circa 1809 is atypical, and may be an amalgam of an eighteenth-century house moved to the site, with the addition of new construction. 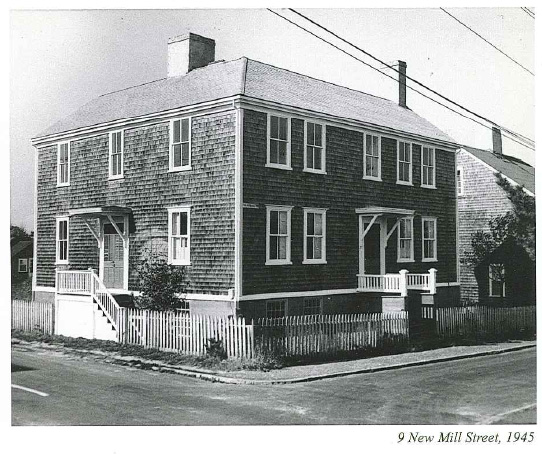 Also unusual are the two front doors: the one facing Prospect Street opens onto old-style winder stairs, while the door on New Mill Street opens onto a hallway with a gracious staircase and parlors on either side, the trim and paneling showcasing Palmer’s handiwork. The house, which had fallen into disrepair, was completely restored in 2000-02 by current owners, who preserved the historic integrity of the house and added a gourmet kitchen. Today, the exterior as well as its historic interior sections are protected by an NPT preservation easement.