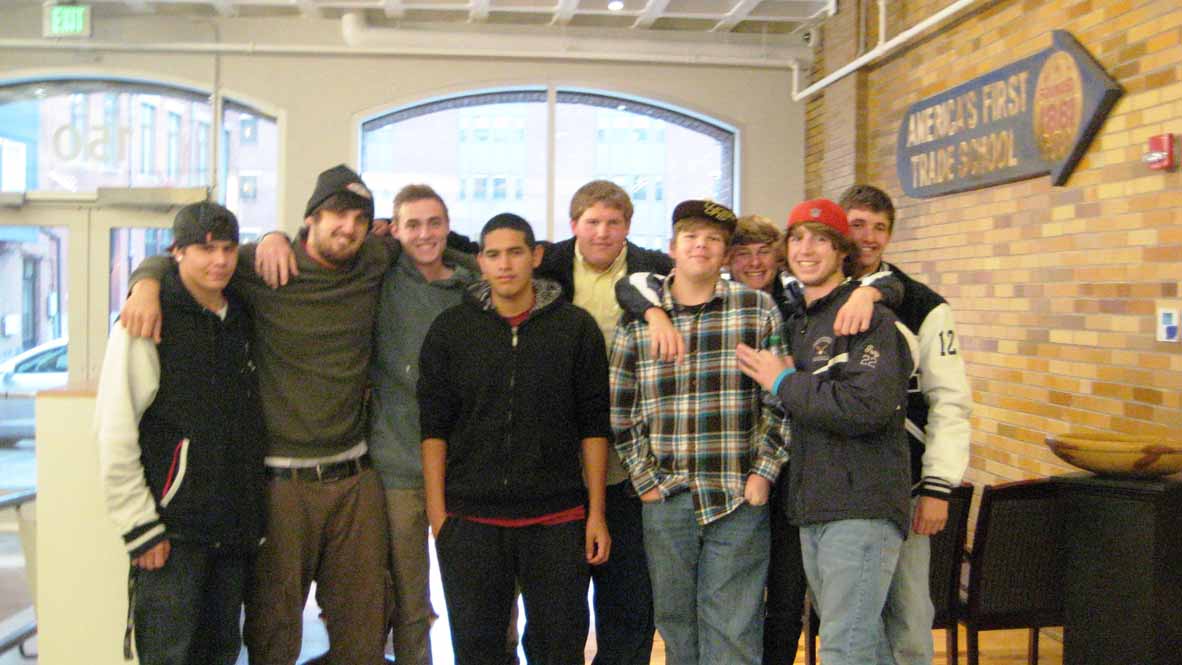 Friday, November 22nd Nantucket High School construction-tech students, Mr. Colley (construction-tech teacher), Sheriff Perelman and Marisa Holden, Marketing Associate visited the North Bennet Street School. The school offers programs which train students for careers in traditional trades one being Preservation Carpentry. The NPT’s scholarship gives top priority to applicants who are accepted into this program and therefore the NPT funds field trips to NBSS. Trips such as these allow students to gain a greater insight into the school itself and learn what it can offer them.

During this past field trip students toured the brand new campus, located in Boston’s North End, viewed classrooms with students actively working and met with current teachers.  Rob O’Dwyer, head of admissions at NBSS began the day by bringing the students directly into a preservation carpentry classroom. He then gave a quick overview of the school itself but also explained to the students the dedication one must have in order to complete the school’s programs. The students were given a tour of the school and its various classrooms. They even made a stop into the Violin Making and Repair section where they were lucky enough to be serenaded, by a current student! Considering the school’s programs are extremely small (under 200 enrolled students in total) all classrooms were located in one building and it therefore was a brief tour.

Students than had a break to go enjoy Boston’s North End and its scrumptious food! Pizza and Cannoli’s seemed to be the preference for most students, considering they were surrounded by amazing Italian eateries. After indulging in a bit of off-island food they were then brought into the Preservation Carpentry II classroom, in order to learn a bit more of the program. Rich Friberg, the head of the Preservation Carpentry Program showed the students around the classroom explaining some of the larger wood saws and answering any questions the students had. He brought the students attention to a large amount of wood, which earlier that day his students had unfinished loading from their recent trip to New Hampshire. Luckily time allowed for Rich to explain via photos on his computer the largest project, which his second year students had undertaken. This entailed restoring the lantern for the steeple of the First Parish Church in Dorchester and also viewing the massive production as the new lantern was lifted into place.

To learn more about the NPT Scholarship and view photographs of the recent field trip Click Here. 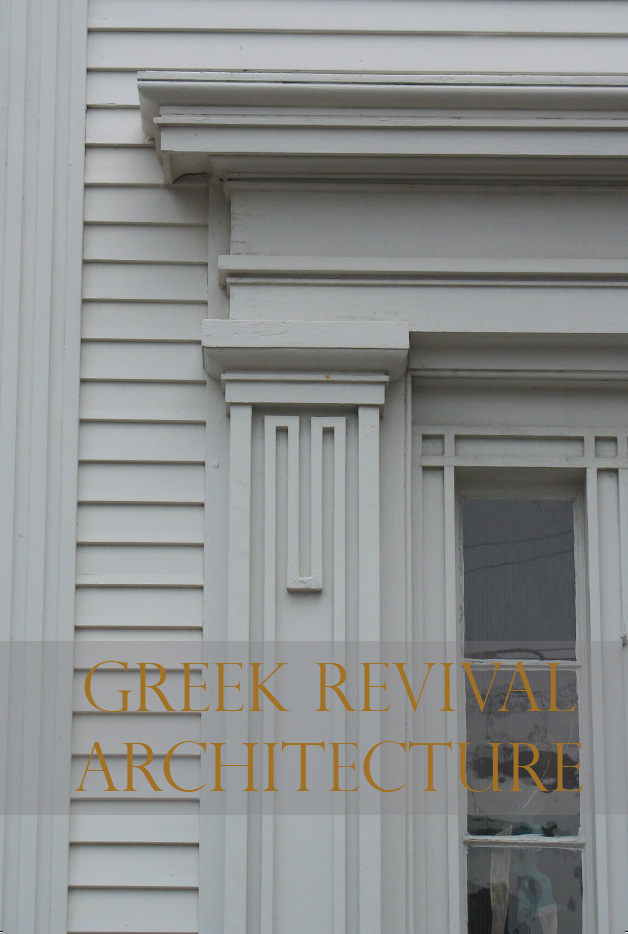 Much of Nantucket’s historic architecture is distinctly Greek Revival—a style that dominated the island during the whaling heydays of the 1830s to the Civil War.

The reason is twofold. Not only was this period the time of greatest expansion and wealth, but when one-seventh of the town burned to the ground, in the fire on July 13, 1846, the early wooden buildings that had served as the whaling port’s commercial heart were rebuilt in the architectural fashion of the time, namely Greek Revival.

Classical Roman architecture, the basis of Georgian and Federal architecture, had influenced architecture in the late eighteenth and early nineteenth centuries, but after the War of 1812, the island as well as the entire nation turned away from many British customs. Greek Revival architecture was embraced as the predominant national style, and Nantucket followed suit. While the Greek War of Independence raged in the 1820s and 30s, American admiration for the Greek people grew dramatically, as did adoption of the Greek Revival style. Public buildings, banks, and private houses from the East to the Midwest used elements of the style for both new construction and updating older buildings.

During the second quarter of the nineteenth century, examples of both high style and the vernacular were found. On Nantucket, the earliest examples of the style are considered transitional Federal and Greek Revival. These include some of the island’s best known buildings such as the Three Bricks, and the Henry and Charles Coffin houses on Main Street. The center hall plan of these houses is similar to earlier Federal houses, but the elaborate doorways, high granite bases, and stretcher-bond brickwork are associated with the Greek Revival. The most elaborate Greek Revival houses are of course 94 and 96 Main, known as “the two Greeks.” They were designed by Frederick Brown Coleman, and both feature colossal porticos. The house at 94 Main is the more refined example, employing dentils, modillions, and Corinthian columns.

Coleman is credited with changing the appearance of the island more than any other single person. Among his other fine work is the portico of the Methodist Church (c. 1840), the Summer Street Church, and the Atheneum—with its temple form and monumental Ionic columns.

The style, however, is associated not only with those impressive building. Everywhere you look in the old historic district Greek Revival elements can be found. Among the most common elements was the use of a Greek Revival doorway framed by broad, flat pilasters void of elaborate detail, with a simple base and crowned by a flat-and- broad entablature. Transoms above the door replaced the fanlight of the Federal period (Greek architecture does use an arch) and sidelights were introduced to enhance the opening and provide the entry with additional light. The Federal six-paneled door was often replaced by two narrow upright panels or a door with two upper vertical panels and two to three lower horizontal panels. In homes of successful merchants, whaling captains and tradesmen more decorative features are found at the doorway— such as dentil bands, fluted columns, and Ionic or Corinthian capitals and the Greek key design as well as other classical details.

One of the most characteristic moldings found throughout Greek Revival houses is a flat splay or bull-nose molding that is rounded under at the outer edge. This molding was commonly used in the exterior cornice, interior doorway and window trim, as well as to encase door panels. Corner blocks on interior door and window frames are widespread throughout the town and were often decorated with bull’s eyes, or in more elaborate buildings, acanthus leaves.
One of the most dramatic changes to occur during this period was the orientation of the house. On many Greek Revival houses the gable end becomes the main elevation and faces the street. This temple form was often emphasized by the use of a protruding entablature or cornice that formed a pediment in the upper “attic” story. In many cases, elaborate window shapes such as bull’s eye, lunette, or elliptical-shaped lights were employed to give individuality to the house. In smaller buildings, the entablature was removed and returns added. Second-floor windows replaced the elaborate gable-end window at the peak. Pilasters were often found at the corners of these houses for decoration and to emphasize the verticality of the “Greek” temple.

For those who wish to learn more about the architectural features of the Greek Revival style and other architectural terminology, we recommend participating in the Main Street walking tour.

Take a look at a few of our Preservation Photo Contest featured entries.

The photos feature each participant’s representation of “preservation”. 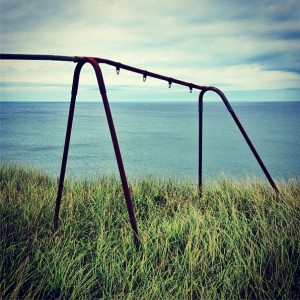 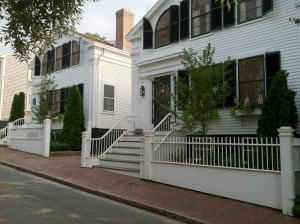 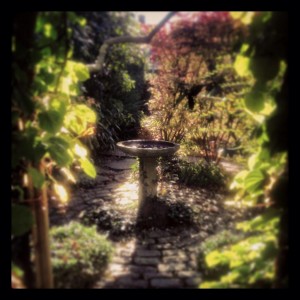 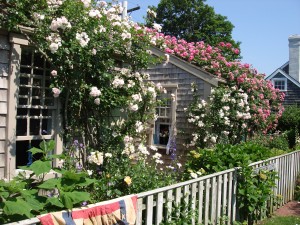 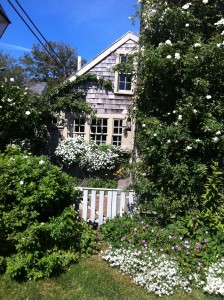 The contest will run now until Thanksgiving, November 28th. Make sure to submit your photo in time!