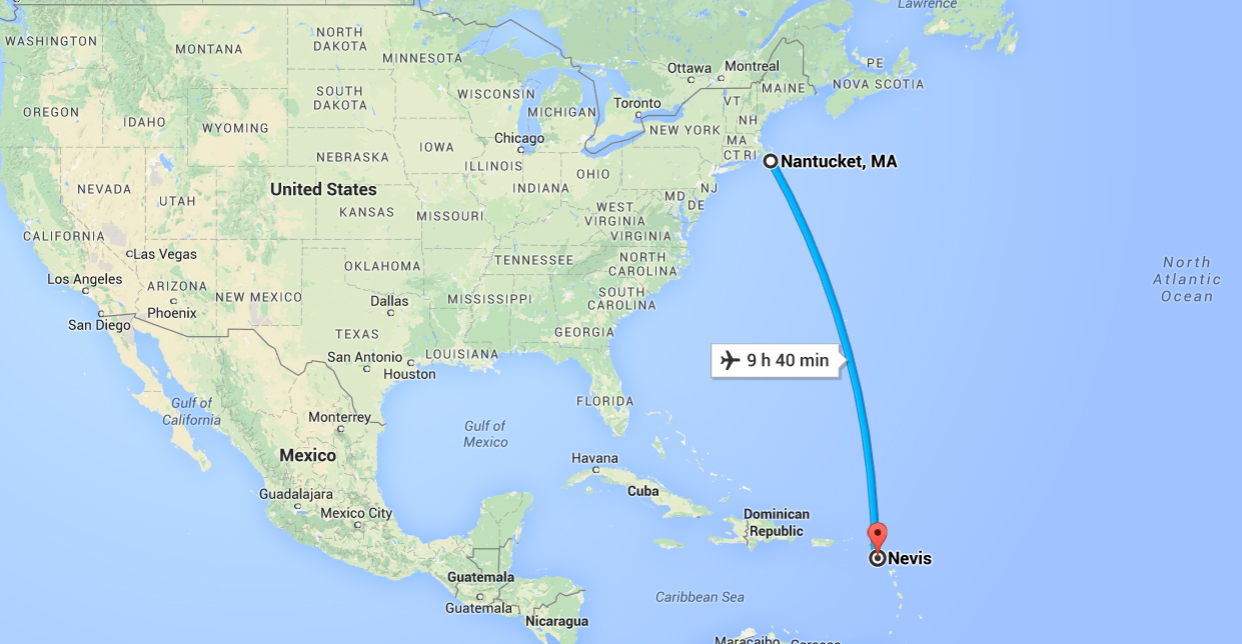 This week’s “Friday Find” may lead you to finding yourself warm and relaxed on another historic island! Montpelier Plantation and Beach Resort located on the island of Nevis is not only a gorgeous getaway location but a historic destination. Montpelier dates back to 1687 when it was discovered by Sir Hans Sloane, Secretary of the Royal Society of England and is located in the oldest British Colony in the Caribbean, Nevis. It has become known overtime as the location of epic battles, marriages, wealth and sugar plantations. It was at one time the richest place on earth and appears to still be quite rich in its architectural heritage! 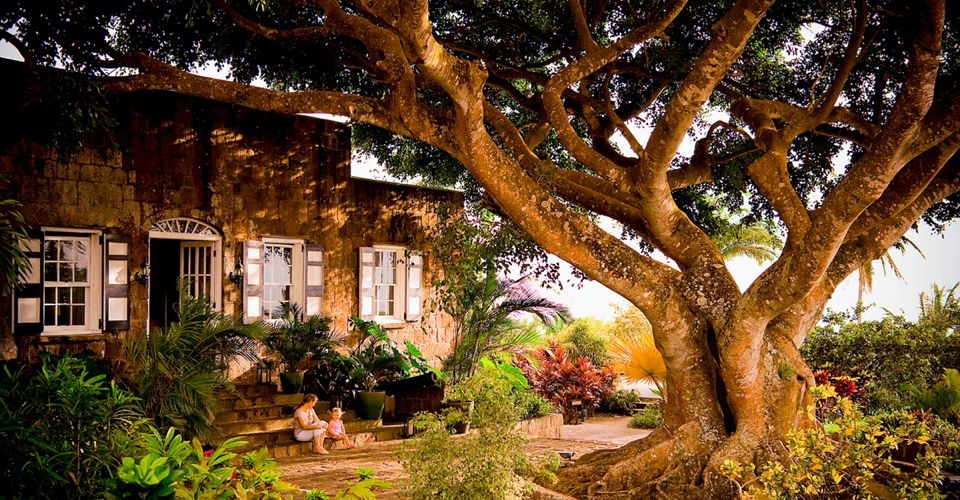 The historic ruins were purchased in 1960 by James Milnes-Gaskell who had plans to turn them into a hotel. In 2002 it was sold to its present day owners the Hoffman Family. The family owns and operates the nineteen sea-view rooms, which have been restored to their current glory. The resort appears to fit in very well with its coastal surroundings, offering guests open and airy bungalows and rooms. 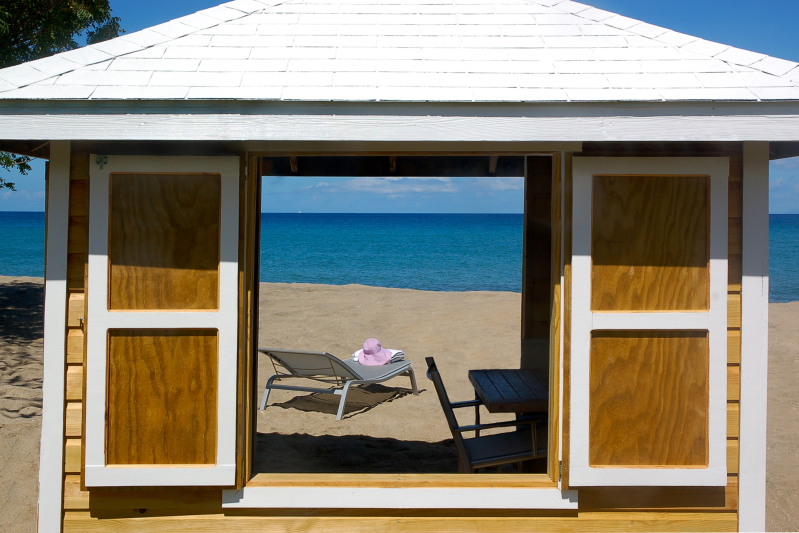 The resort is home to historic colonial architecture; however Nevis is home to a rich historic past. The island offers visitors the opportunity to explore old sugar plantations. The plantations still have century old sugar mills and machinery from the 1700’s present on them. Wouldn’t it be nice to escape the winter months by hoping from one historic island to the next? If time allows Montpelier Plantation and Beach Resort seems like a great historic location to explore. 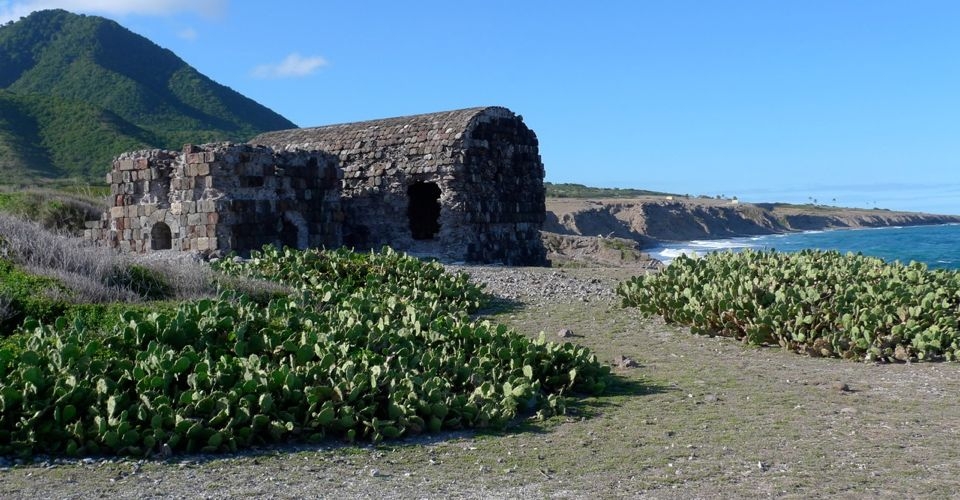 Note: The “Friday Find” was found on the Web site Find Everything Historic. The Web site helps you live a historic lifestyle by featuring travel destinations, real estate and designers. It also partners and features non-profits such as the NPT.

On Friday, November 14th a group of Nantucket High School students attended a field-trip to the North Bennet Street School open house. North Bennet Street School (NBSS) is located in Boston’s North End and offers intensive, hands-on training in traditional trades and fine craftsmanship. The programs offered train students for careers in traditional trades one being Preservation Carpentry. The NPT’s scholarship gives top priority to applicants who are accepted into this program and therefore the NPT funds field trips to NBSS. The trips allow students to gain a greater insight into the school and see what it can offer them first hand.

The most recent trip was attended by Nantucket High School’s construction tech teacher, Mike Girvin along with six of his students. Chris O’Reilly, who is currently enrolled in the Preservation Carpentry program and the first full-time NPT scholarship recipient, was able to meet up with the group. Our hope is the trip inspired the students to seek out the various options they have available post graduation.

To learn more about the NPT scholarship program
Click Here 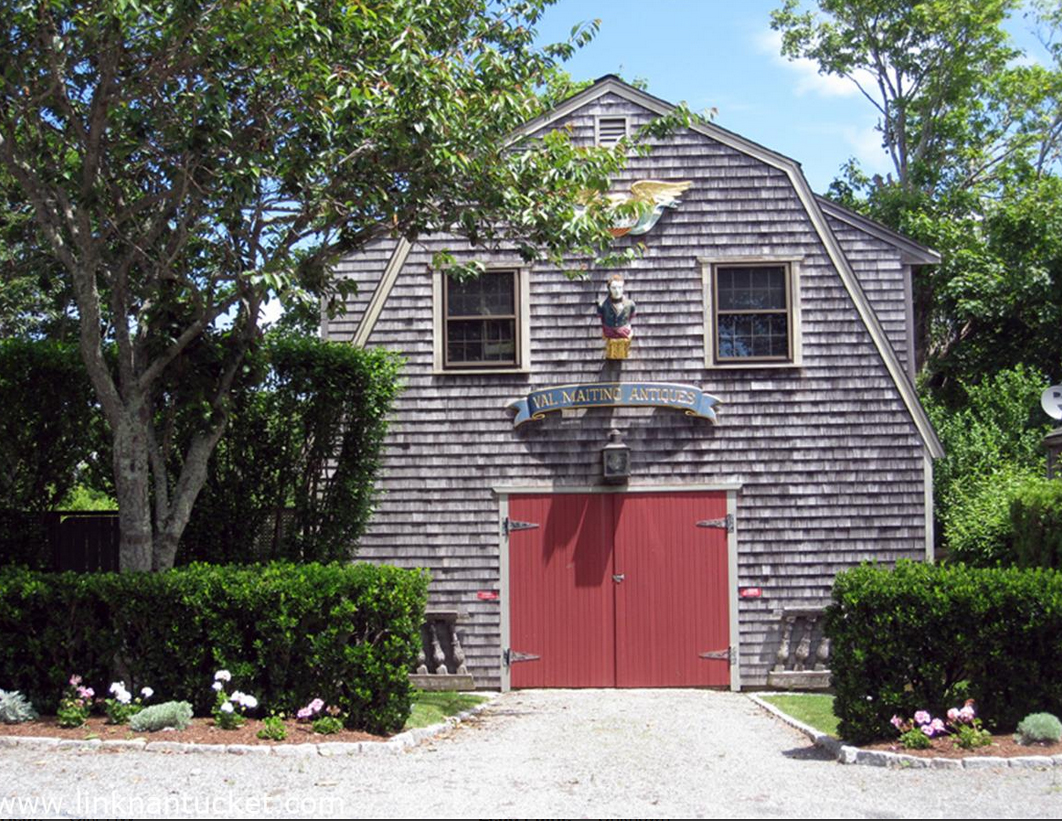 This week’s “Friday Find” features great news found out last night! At the HDC meeting held on Thursday, November, 13th the application submitted by Westbay Development to move a North Liberty Street barn was denied, by a vote of 3-2. The controversial application submitted months ago caused concern among many. Neighbors and friends of North Liberty Street who were concerned for the neighborhood’s historic integrity created a Change.org petition. The petition was signed by a total of 227 concerned individuals. 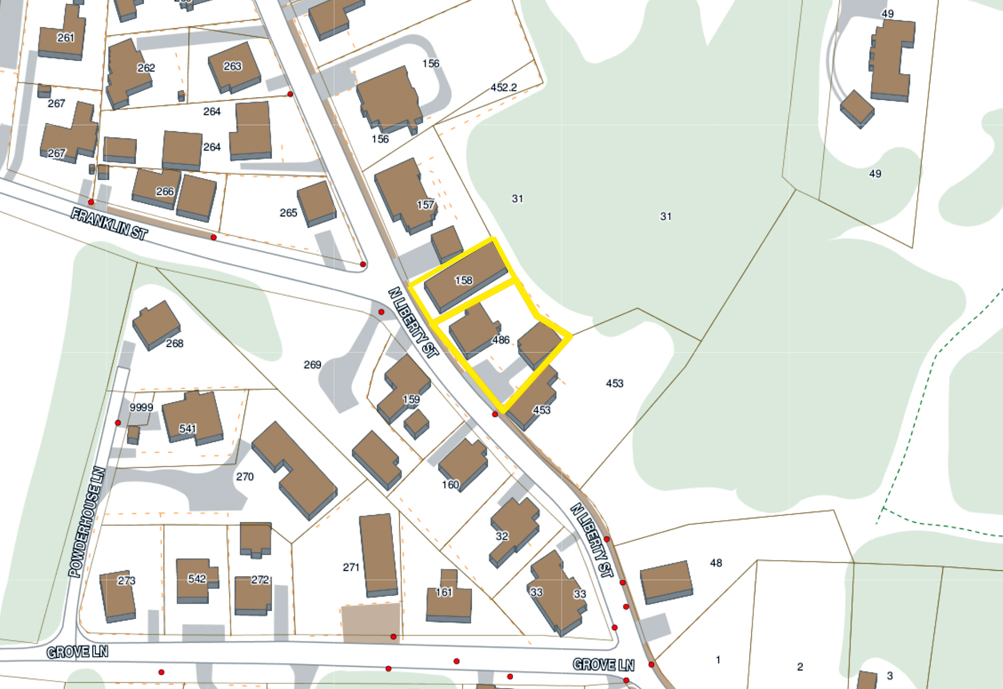 We are happy to see a Nantucket neighborhood rally, such as the North Liberty Street group did to preserve the island’s historic integrity. Last year the National Historic Landmark extended the designation of structures contributing to the island’s historic character to the period of 1900-1975. The barn, located at 29 North Liberty Street dates back to 1972 and therefore falls under this designation. After a long debated application the neighborhood’s historic streetscape will not be altered. 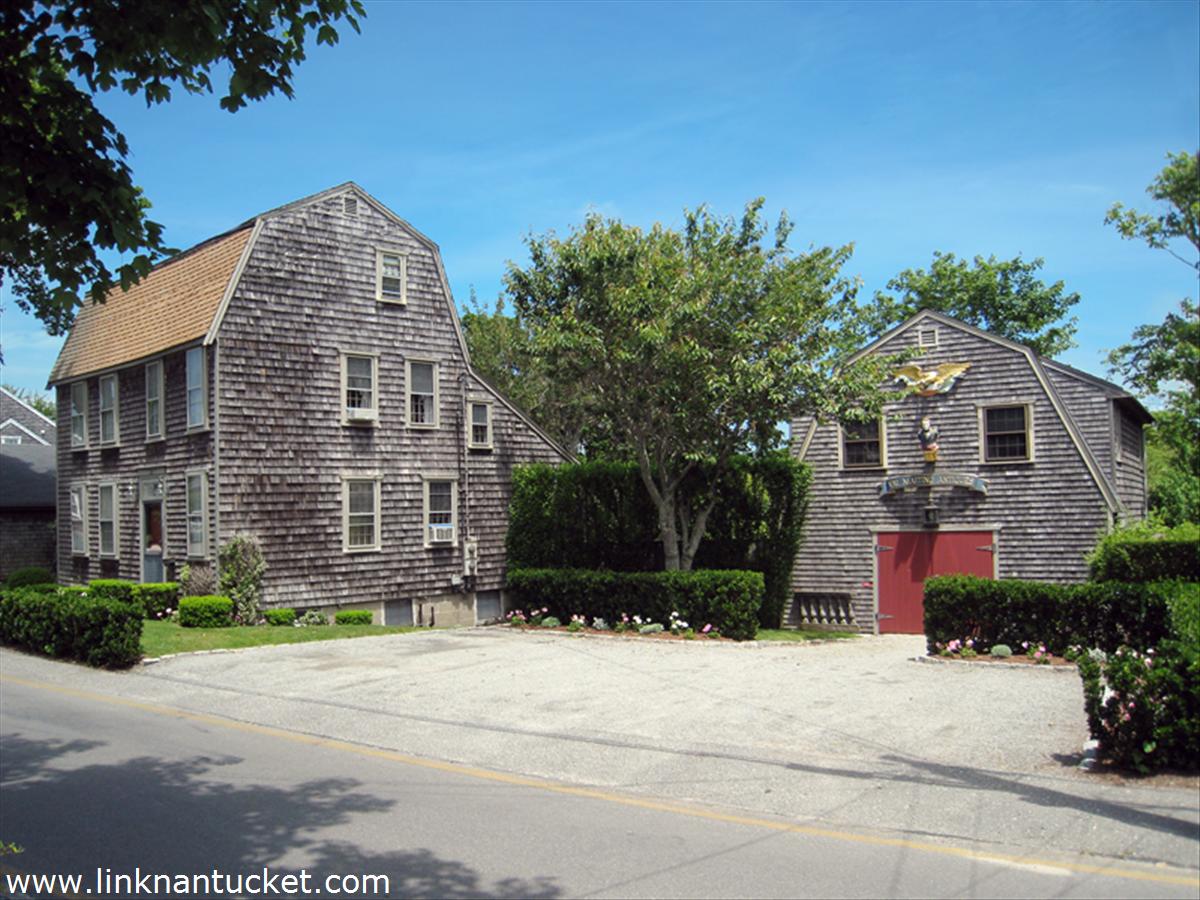 Chances are you have driven past 55 Union Street numerous times and may or may not have given it a second glance. The historic building dates back to 1835 and has been in desperate need of a restoration for quite some time. We are so happy to announce its new owners are true preservationists at heart: Michelle Elzay and Pen Austin. Elzay has been an active NPT member for many years and recently joined the NPT board. She is co-owner of Sparrow Design a Branding and Interior Design Company with her husband Matthew Brannon and understands the need for preservation projects,

“I think it is important, as Americans, to acknowledge that even as a very young country we have an architectural legacy worth saving and protecting. I love both Nantucket and old houses I am pleased to be a part of the NPT’s preservation efforts that will aid in preserving both the architectural and therefore social history of our historic buildings.”

She has taken on the latest preservation venture with partner Pen Austin. Austin is an expert craftsman in architectural finishes, plaster and lime. She has a true passion for her work and is committed to proper restoration practices. Austin has worked on many historic Nantucket buildings including: 9 New Mill Street, 60 Cliff Road, 18 India Street, and institutions such as the Maria Mitchell House and the Unitarian Meeting House. We will be documenting the restoration progress from start to finish. The photos below feature the beginning phases and were taken on November, 11th.

PastForward the four day long National Preservation Conference begins today November, 11 in Savannah Gerogia. Michael May NPT Executive Director along with board members have traveled down to attend the conference. It is an excellent networking and educational opportunity for our organization. The event draws preservationists, architects, planners, developers, students, environmentalist and scholars from all around the nation. From preservation lectures, luncheons, demonstrations, educational classes, roundtable discussions, tours, films and even historic pub-crawls there’s something for everyone! Below are a few examples of the lectures offered:

Executive Director, Michael May will also be accepting the 2014 Beincke-Reeves Award. Each year the University of Florida Historic Preservation Program awards an individual or group the Beincke-Reeves Award. The NPT is honored to be the chosen as the 2014 award recipient. The award recognizes efforts to preserve significant historic places and heritage throughout Florida and across the country. The award will be presented on Thursday, November 13 at the University of Florida and Florida Trust for Historic Preservation cocktail reception, which is held in collaboration with the PastForward Conference.

On Friday, October 24 the post Friday Find: “Pop-Up” Preservation featured Cincinnati’s Union Terminal and the campaign to help save it. We are happy to announce on Tuesday, November 4 the voters of Hamilton County voted “yes” in favor of issue 8! The terminal will now be saved through a sales tax increase of 1/4 of 1% over the next five years. The increase will raisae a total of $172 million dollars and go towards the restoration of the terminal. This marks the largest sales tax issue in support of a preservation project and hopefully will be an inspiration for other communities to invest in historic properties!

Click here to learn more about the campaign to save Cincinnati’s Union Terminal. 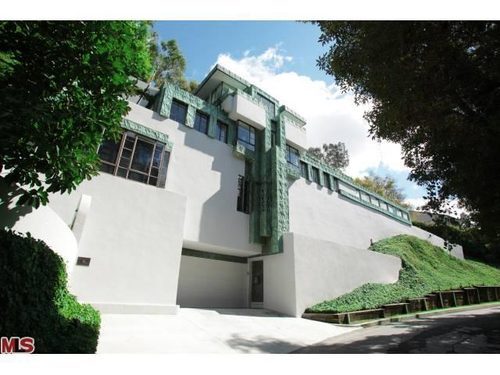 Did you know Diane Keaton, Lloyd Wright, Leonard Bernstein, Ramon Novarro, Jerome Robbins, Christina Ricci and comedy duo Betty Comden and Adolph Green all have something in common? They all are connected to the Samuel-Novarro House located at 2255 Verde Oak Dr. in Los Angeles, California. The house, built in 1928 by Frank Lloyd Wright Jr. (Lloyd Wright) was declared a Historical-Cultural Monument in 1974 by the Los Angles Cultural Heritage board. Today it has been restored by past owners and is on the market for sale.

The house built by famous architect Lloyd Wright (Frank Lloyd Wright’s son) was originally for Ramon Novarro’s (silent-movie actor) secretary Louis Samuel; however he did not live in it for long. Samuel was caught embezzling and this is when Novarro took ownership of the house and decided to renovate. Lloyd Wright was commissioned again to enlarge the house and added a pergola, music room and bedroom suite. The Mayan themed house is built into the hillside and contains concrete floors, large windows, a pool, open space, gardens and several terraces.

Today it is part of the highly sought after L.A. exclusive neighborhood, The Oaks. The home is 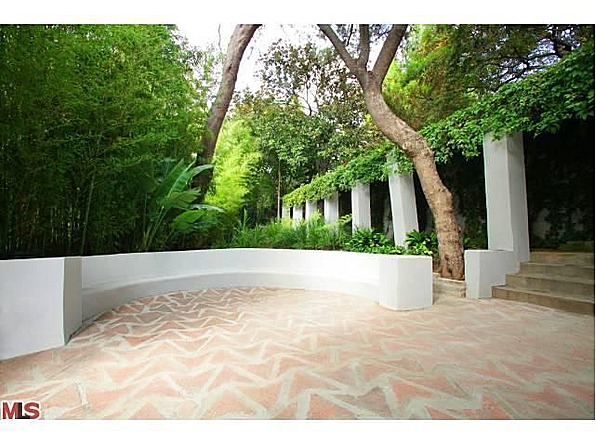 known to be the first restoration project, preservationist and actress, Diane Keaton undertook. During her ownership of the home in the 90’s she hired architect Josh Schweitzer to properly restore the house. Keaton is one, among a long list of famous people who have had the opportunity to live in the historic property. It has been noted the house’s history includes owners/tenants: art director Cedric Gibbons, American composer Leonard Bernstein, American theater producer, director, and dance choreographer Jerome Robbins, actress Christina Ricci and famous comedian duo Betty Comden and Adolph Green. The house is currently listed for sale with Los Angeles based John Aaroe Group for $3,995,000 (click here to view listing).

“Wabi” and “sabi” are linked Japanese aesthetic concepts that help explain what all of us love about Nantucket. Wabi denotes something with simple, rustic beauty – maybe even with a small flaw that makes it unique. Sabi means something whose beauty grows with age.

On this island, all of us shouold celebrate the wabi-sabi that surrounds us – the cobble-stoned street, the old and wavy window glass, the worn stair tread, and the uneven plaster that shows the mark of time. We believe in wabi-sabi. Do you?
– From Ramblings 2008 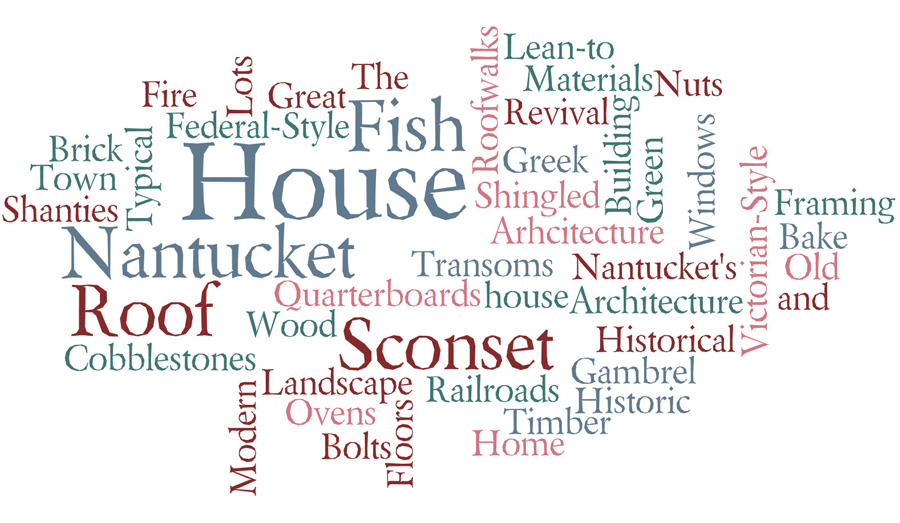 The 97.7 ACK FM radio segment “Nuts and Bolts” has aired twice a week for the past six months. This past Friday, October 31 the last segment wrapped up with a feature on Bake Ovens. We hope you had the chance to tune in to hear the weekly preservation tips and facts. From Federal-Style Houses to Nantucket’s railroad all different topics were covered. If you missed a segment or are not an avid radio listener you’ll find each segment right here on our Web Site. To read all 26 Click Here!

We would like to thank all the listeners, 97.7 ACK FM and most importantly our generous underwriter Marine Home Center for making this possible!