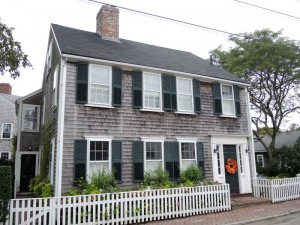 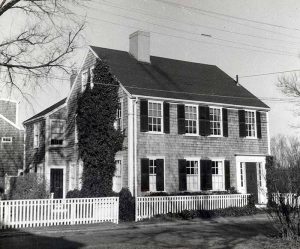 In 1771, Jonathan Perry (1745–1823) purchased the property at the corner of Lily and North Liberty Streets that would be owned by his family for three generations. His parents are not recorded in local genealogies, indicating that his origins were elsewhere. He was married first to Anna Kidder, whose birthplace is also unknown, but after she died he married Susanna Gardner (1756–1825) of Nantucket. They had six children, born on the island in the period 1784–1800.