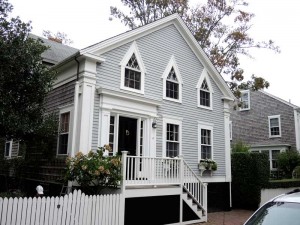 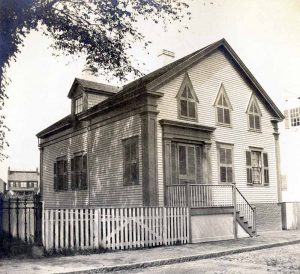 According to Nantucket historian Henry Barnard Worth, Winter Street, running north and south between Liberty and Main Streets, was opened in 1738. The William Coffin Map of 1834 shows two vacant parcels on the west side of Winter Street. One is the area that would become the Coffin School. Its construction began in 1852, and by 1854 children were attending classes, giving the neighborhood a degree of vitality it had previously lacked.