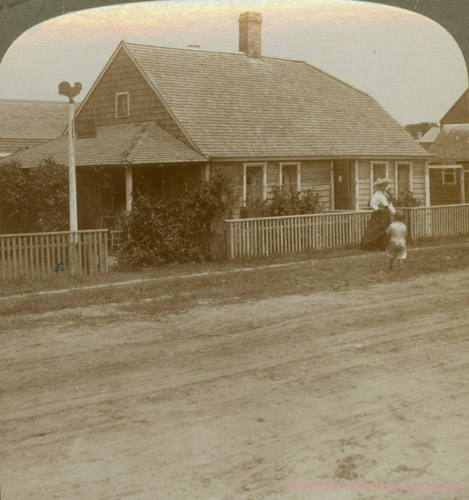 The Chanticleer Restaurant circa 1890.

The historic restaurant The Chanticleer is the location of  the Summer Lecture & Luncheon on Friday, July 25. The French restaurant has been under the ownership of Susan Handy and Jeff Worster since 2006 but dates back to the 1900’s. Below are excerpts on the history of the restaurant from various publications:

“On the north side of New Street is The Chanticleer. The older part of the present edifice was Charles Paddack’s dwelling house…. It first stood on the edge of the Bank and belonged to Uriah Bunker, then was removed to its present situation and added to by having a chaise house from Town jammed against its east or right-hand gable-end. The Paddock parlor was described by Underhill as measuring only six feet and one inch from floor to ceiling. Tall men were not permitted to dance hornpipes there, unless they entered into bond with the owner of the building to pay damages if they broke the plaster.”
– From Early Nantucket and Its Whale Houses 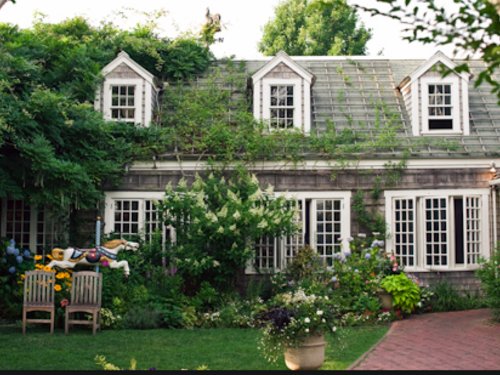 Stage Actress Agnes Everett opened the Chanticleer Restaurant on New Street as a tea room soon after 1900.  “Afternoon tea for ladies was quite an institution at that time. …The long interim between engagements on the stage did not cover expenses for her and her mother, who were long time ’Sconseters. So she rented a typical little cottage at a strategic location opposite the casino and added a small wing where ice cream equipment could be installed. These cones were a recent innovation and were proving most popular at all mainland resorts, and were likewise in Siasconset. Thus was the beginning of the well known and one of the most popular gourmet restaurants on the island. In fact it soon became necessary for Miss Everett to have assistance, and two sisters named Wiley were employed. They stayed on summer after summer until, when it came time for Miss Everett to retire, they and their family, their father and mother, and later, husbands, took over the establishment. They added the delightful patio-porch with its trellis and garden flowers, and they kept its name.”
– From ’Sconset Heyday 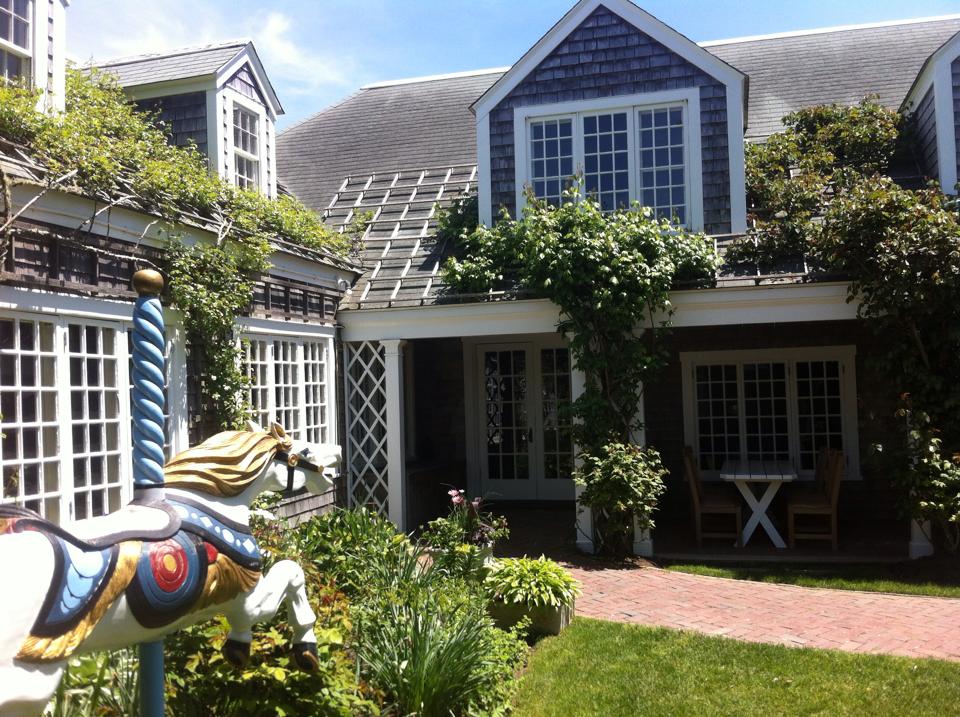 The Chanticleer was operated by the Wiley family as a restaurant featuring a menu of “all American and wonderful” dishes for fifty-eight years. The dormered east wing was built during the Wiley’s ownership, adding a dining room on the first floor and guest and employee rooms upstairs. After World War II, as dependence on household help declined, the restaurant provided a popular and casual venue for many summer families and visitors who regularly met there for breakfast, lunch, or dinner. As many as two hundred and fifty dinners, but no spirits, might be served until 8:30 each evening, when the uniformed college-student waitresses would finish their tasks and sit on the porch playing guitars or cross the street to go to dances and movies at the Casino. In 1969, Roy Larsen and other investors bought the Chanticleer, restored and revamped it, and opened a sophisticated restaurant with chef Jean-Charles Berruet in 1970. Berruet, from Brittany, had been the private chef of Gourmet Magazine’s owner Earle MacAusland and his wife, Jean, at their homes in New York and on Nantucket for the previous three years. In addition to offering chef Berruet’s classic French cuisine, the Chanticleer won the Wine Spectator Grand Award every year beginning in 1987 for having one of the best wine lists in the world. In 2004, the restaurant was sold and reopened in 2006 by Jeff Worster and Susan Handy, who have thoughtfully preserved the ambiance of the historic property and garden and are continuing the more recent tradition of fine cuisine, wines, and camaraderie.”
–From “The Chanticleer Restaurant”, ’Sconset: A History.

The Summer Lecture and Luncheon is SOLD OUT!