Victoria Hagan: Living in the Present, Inspired by the Past 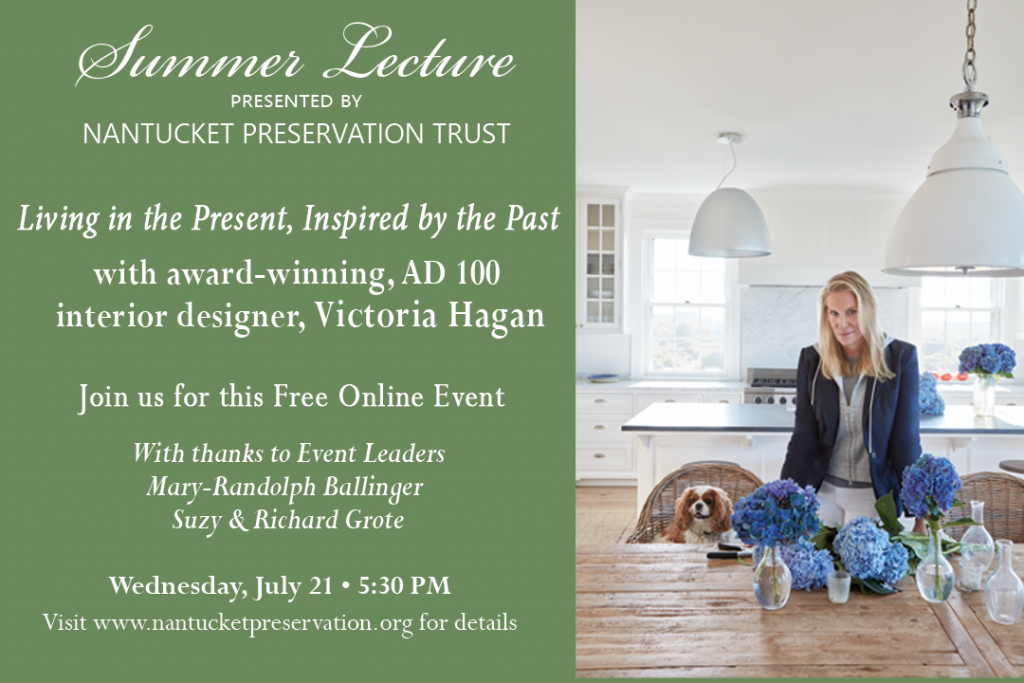 Award-winning designer Victoria Hagan presented “Living in the Present, Inspired by the Past.” With a signature style that has been described as New American Classic, “a modern sense of luxury that is fresh, restrained and iconic,” Hagan has spent over 25 years as one of the country’s most in-demand designers. Though based in New York City, Hagan and her family have a home near Sesachacha Pond, and she has completed numerous projects on Nantucket. A graduate of the Parsons School of Design, she now sits on that institution’s Board of Governors and has been inducted into the Interior Design Hall of Fame.

This September, Rizzoli with publish Live Now, a book in which Hagan explores the nature of home and how it connects, calms, comforts, and nourishes us, featuring designs from twelve featured properties. Click here to preorder Live Now from Nantucket Book Partners!

This lecture was presented free for all, thanks to the support of our Leaders, Suzy & Richard Grote and Mary-Randolph Ballinger.

A highly anticipated, sold-out event, every year the NPT Summer Lecture & Luncheon features a leader from the fields of architecture, preservation, landscape design or interior design whose work contributes to the preservation of our shared historic heritage. Our lecture is followed by a leisurely luncheon in a lovely setting. The luncheon will return in 2022. Past locations have included the Great Harbor Yacht Club and the Chanticleer Restaurant in ’Sconset.