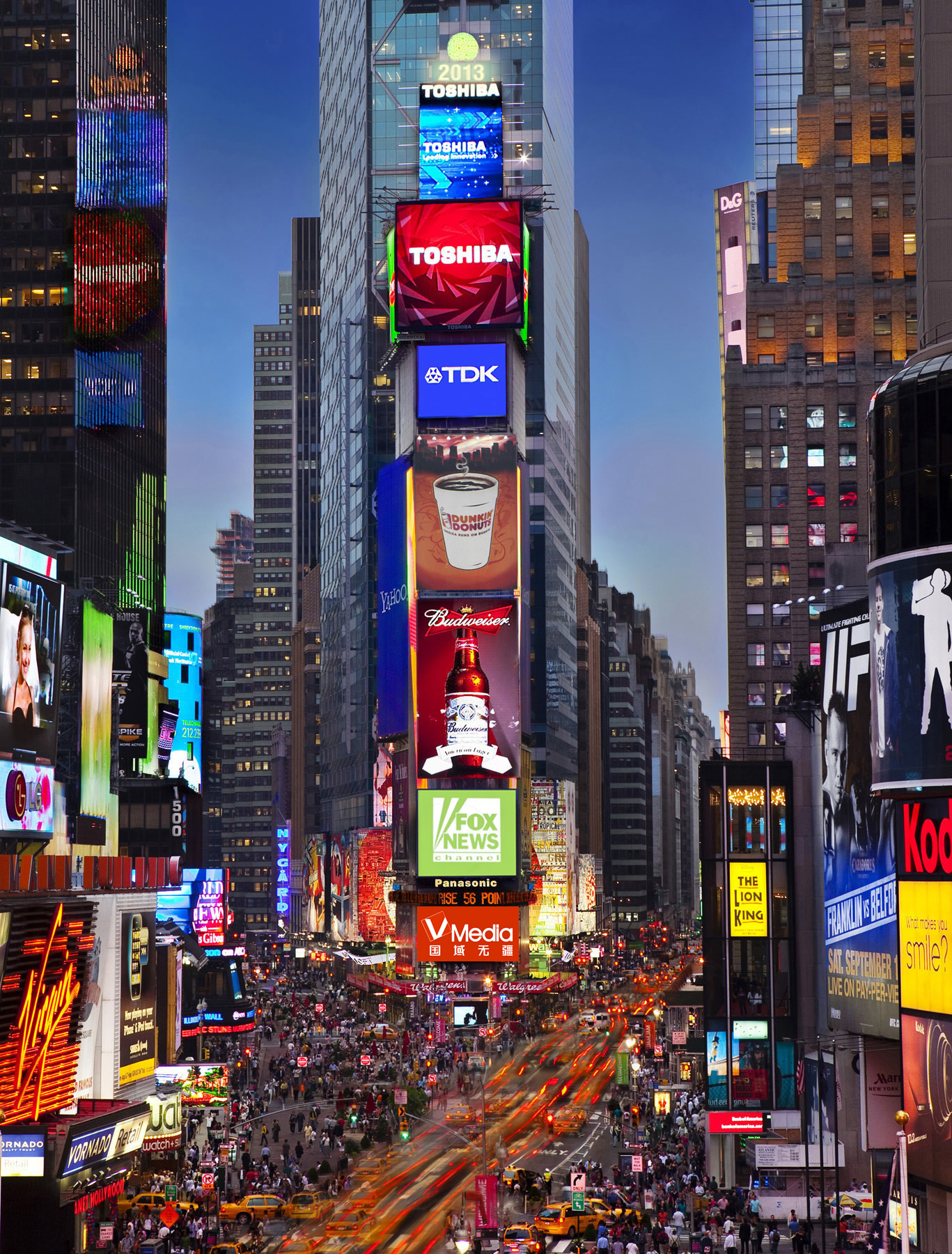 We found some informiation about one of the nations most viewed buildings: 1 Times Square or 1457 Broadway. The historic building was designed by architects Cyrus L.W. Eidlitz and Andrew C. McKenzie to serve as the headquarters for The New York Times. The building has almost always been known as a New Year’s Eve celebration spot, starting the year it was completed, 1904. Adolph Ochs owner of The New York Times newspaper organized a New Years Eve celebration on the rooftop, which attracted roughly 200,000 people. Today, the famous Time Ball Dropping celebration attracts about half a million spectators!

In 1907 the official Times Ball Dropping celebration began and has continued annually since, with the exception of 1942 and 1943 due to wartime blackouts. The owner of the ball has always been the 1 Times Square property owners, which currently is Jamestown Properties. The 25-story, steel-framed skyscraper originally had decorative lines and gothic details. In the 1960’s it was stripped down to its steel and reclad, however today it’s exterior is hidden behind massive advertisements. The prime advertising appeal to businesses has essentially created the building to act as a massive billboard. Revenue generated from the building’s exterior is so large, the landlords to leave the interior almost completely vacant except for the first three floors, which occupy the building’s sole tenant Walgreens. The historic building’s exterior is just as, if not more important than the interior. The famous television screen image of the historic building and the ball dropping are known to evoke memories nationwide. We hope the building and tradition will be preserved for years to come!