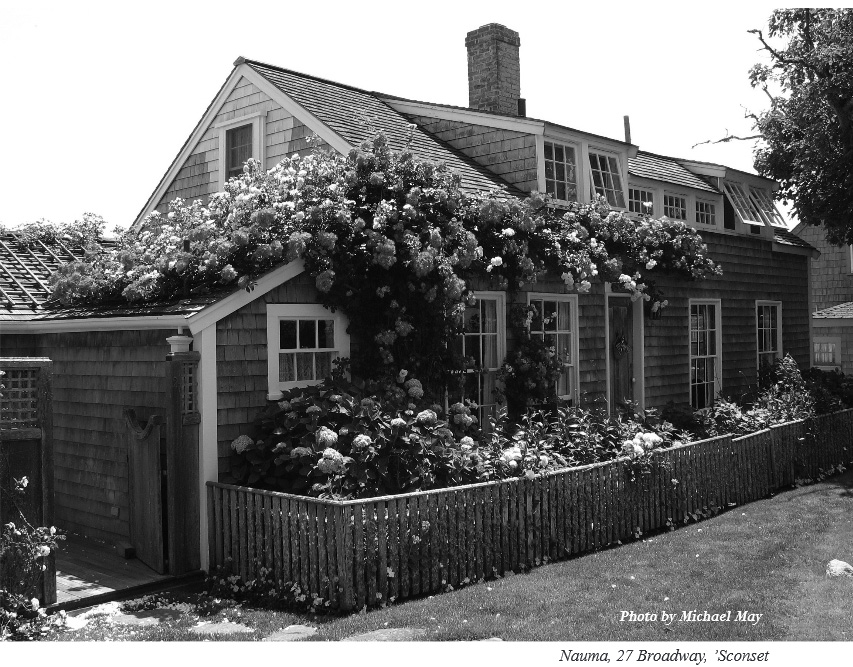 Did you know…that the old fishing cottages at Sconset, along Broadway, Center and Shell streets, were built in the late 17th and early 18th century? These simple rectangular structures huddled together along the bluff originally contained a central room with chimney, and two small sleeping chambers. Over the years the chambers were extended with warts—or shed roof additions that formed a T-shape floor plan. This form became the norm for over 30 cottages that over the years have sprouted not only warts, but wings and in some cases second