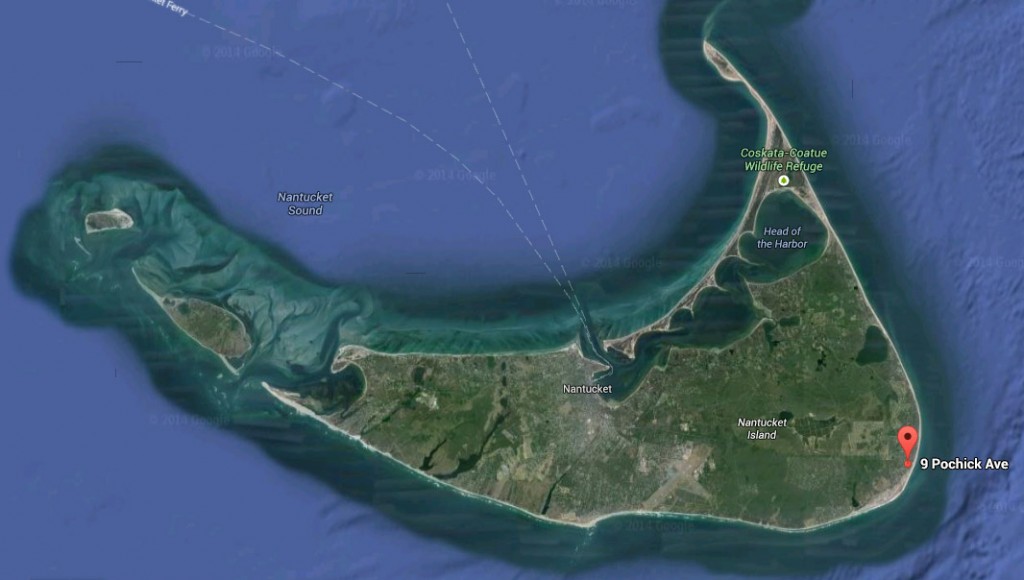 The Underhill Cottages:
At the Pochick lot, Underhill created a road down the middle of the parcel, and immediately began construction on his own cottage, China Closet, at the east end, on the south side of the street (now a secondary cottage for the house on Underhill was a man of many talents and was perhaps one of the most famous Sconseter’s of the nineteenth century. He was a Civil War reporter for The New York Times in the 1860s, a journalist for the New York Tribune in the 1880s, a famous New York court stenographer in an era when a court stenographer could be famous,  a vineyard owner, rare book and china collector, noted wit, and ’Sconset enthusiast.  He was especially gifted as a writer and promoter and is responsible for luring visitors to the village from across the country.

Underhill’s advertising circular included a detailed description of the cottages: They are built . . . following the traditions of the builders of a hundred years ago, who made their houses strong and compact for comfort and convenience and with no thought that the structures they reared would ever be in demand for the residences of families from distant parts during the warm season. The only variations I have made from the strict simplicity of ’Sconset architecture are to have the apartments more commodious, and to avail myself of a few accessories which improve the appearance of the dwellings without, in the least degree, giving them the ornate look of modern built cottages at our fashionable seaside resorts.

Each house has a small cellar, a cistern abundantly supplied with rain water, and is completely furnished for house-keeping, even to the extent of providing crockery, cutlery and bed and table linen.  The bedsteads are of modern style and are furnished with spring bottoms and mattresses of the best quality curled hair.  Each house is situated on a lot having a frontage of 55 feet with a full area of 3,300 square feet of ground.

One of Underhill’s quirkiest creations was a room on wheels that could be rolled up to a cottage for additional living space. This innovation was most likely constructed by Asa Jones, along with George W. Rogers, Underhill’s carpenters of choice.  The cottages along Pochick, and Lily and Evelyn (named for Underhill’s daughter and wife), appear to have been built over several years, but individual cottages were built quickly—often completed according to newspaper accounts within ten or fourteen days.

By the early 1880s, Underhill community was completed, and with nearly two dozen cottages was flourishing. In the 1890’s, it became known as the village’s “Actors’ Colony,” due to it being largely populated by Broadway actors and actresses, artists and writers, and other bohemian types.  The Underhill cottages continued to be rented until the mid 1920s- often by the same families, year after year.