If you’re in the market to purchase a historic Nantucket house, we may have found one for you! A new listing came on the market, 32 India Street. Listed for $2,495,000 the historic Nantucket house has four bedrooms, two full baths, one half baths, parking and even a cute little yard! Below is an excerpt featuring the history of 32 India Street from the NPT Neighborhood Book Series titled: Off Centre: The Wesco Acre Lots.

“In 1803, mariner Peleg West bought the land at 32 India Street for $350. He went to sea, and his wife, Elizabeth, who held a power of attorney for her husband, sold the land – along with “our part of the dwelling house in which we now live which descended to us from our honoured father Thomas Bunker late of Nantucket, deceased, being the two west chambers and a privilege in the garret and cellar and yard” – to Peleg’s father, Charles, a ship carpenter, for $725. Charles sold the property back to Peleg, for the same price, in 1807. The sale to Charles may have been a way for Elizabeth to have some cash on hand while she and her two young daughters, living in her father’s house, waited for Peleg to return; a successful voyage allowed him to repay his father and build a new house at 32 India, where the family lived until 1815, when they sold it for $1,600 to mariner Calvin Bunker. 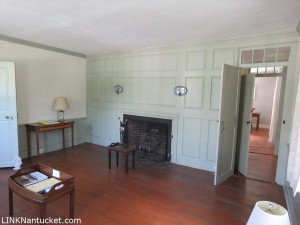 It may have been blacksmith Benjamin Knowles who added the Greek Revival elements to the house in the 1930s; his deed to Henry Ingman DeFriez in 1837 refers to “the same premises which I now improve.” Greek Revival doorways and proticos had become the popular architectural fashion statement of hte day on Nantucket, and must have kept carpenters busy crafting the embellishments for the houses of the well-to-do. Few on the island were on solid financial footing in the 1860’s, however, when the economy failed due to the demise of the whaling industry. DeFriez sold the house at 32 India Street for $750 in 1866, to confectioner Francis B. Washburn, who managed to get only $400 for the property when he sold it three years later.”

July marked a big turning point for the NPT; saying goodbye to longtime board members and welcoming two new members. It’s always sad to see board members depart, however we are happy to say all are still strong supporters and forces behind our mission. Departing members are: Kathy Arvay, Christopher Mortenson, Thomas Richards, Nancy Forster and Ethan McMorrow. The past board members were all asked the same question and we found their responses worthy of sharing. Read below for their response to the question,

“What do you feel was the most important accomplishment or contribution you achieved during your time as an NPT board member and if not something you specifically accomplished, something the organization did?” 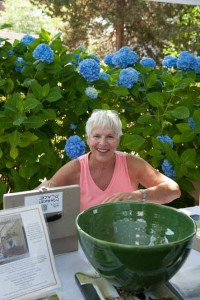 “I am honored to have served on a board as dedicated and hard-working as the NPT. The organization has grown significantly since I joined the board in 2003, both in terms of the breadth of its programs and in the depth of support among private individuals and business sponsors. There seems to be a heightened awareness of the importance of preserving Nantucket’s architectural heritage but there is still much to be done and time is not on our side. I look forward to continuing to help the NPT in any way that I can in the years to come.” 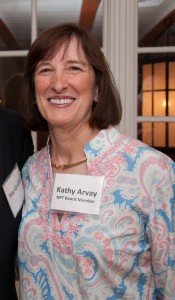 “As chair of events for 6 years I think I helped the NPT to develop the annual Kitchen Tours and Fetes  into more successfull and interesting events.  The greatest achievement was reaching out to other communities on the island to make new friends and hopefully gain new members, It was very rewarding to see the organization grow exponentially in those 6 years.”

“I think our biggest accomplishment was the awards program. It raised our visibility in the community and also improved our image from people who object to things to a group that celebrates doing things right.”

“A solid financial foundation is critical to NPT’s ability to deliver on its mission. While the treasurer doesn’t raise the funds, it’s job is to safeguard those assets to assure sufficient resources are available to achieve organization goals.  During my six years with the board, we implemented a forecasting regimen that added clarity to our financial status, allowed us to establish an operating reserve and provided for a board-sponsored contribution to our scholarship fund.” 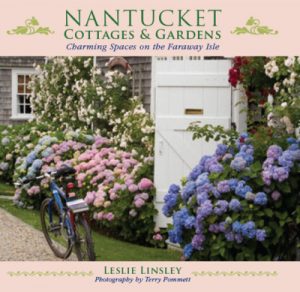 This week to my surprise, I found an article in Nantucket Today highlighting Dexioma, a historic ‘Sconset cottage and home to Executive Director, Michael May and Housley Carr. The article is based on an excerpt from Nantucket Cottage & Gardens highlighting Nantucket’s small living spaces, cottage and gardens. It includes a section highlighting tips on how to modernize a historic Nantucket home “responsibly.”

Leslie Linsley is an author of over 60 books on crafts, lifestyle, and decorating. Her work has been featured in national magazines and she has been a guest on well known shows including: Good Morning America and Oprah. To read the complete article click below or to learn more Leslie Linsley click photo above. 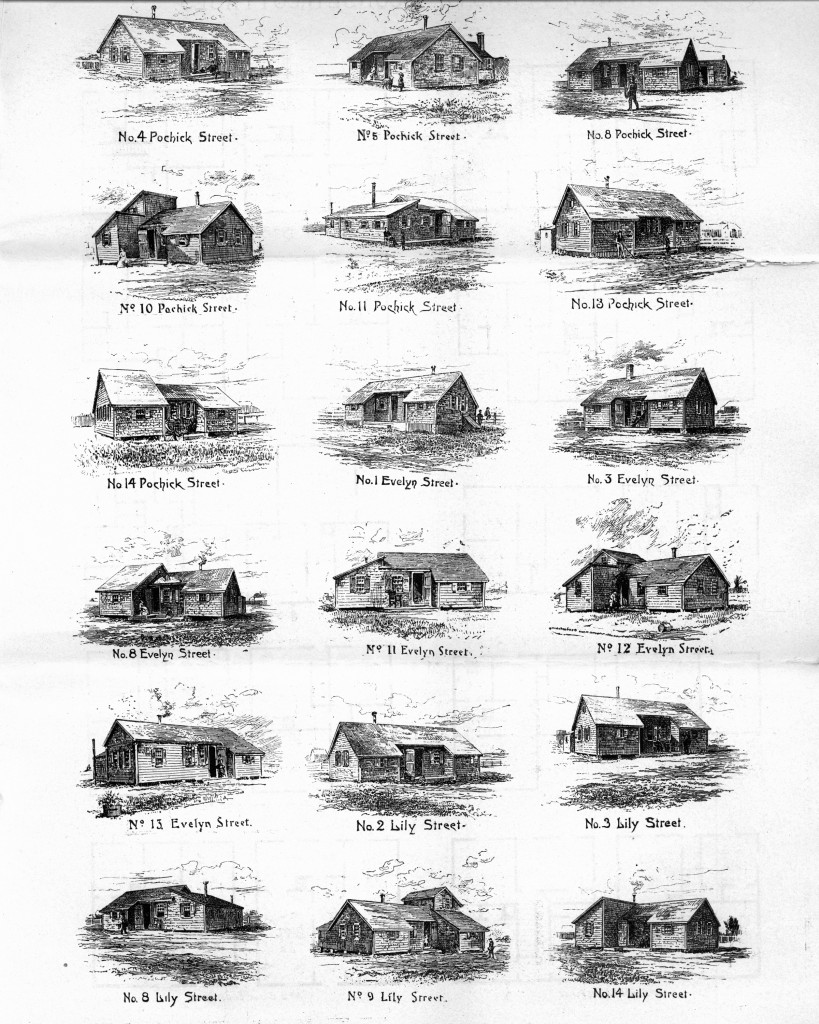 The Underhill Cottages were brought about due to the success of Sunset Heights, which drew other real estate investors to ’Sconset. In 1879, the land known as the Pochick Lot was sold by the heirs of Matthew Crosby to Edward F. Underhill of New York City. His development featured very different cottages from Robinson’s Victorians. Underhill modeled the Pochick cottages after the fish shanties in the village core along Broadway, Center and Shell streets—using the same architectural vocabulary including warts, T-shaped plans and half gable roofs. He soon purchased additional land to the west—present day Evelyn and Lily Streets (named for his wife and daughter) to extend his cottage development.

At the Pochick lot, Underhill created a road down the middle of the parcel, and immediately began construction on his own cottage, China Closet, at the east end, on the south side of the street (now a secondary cottage for the house on Ocean Avenue).

Underhill was a man of many talents and was perhaps one of the most famous Sconseter’s of the nineteenth century. He was a Civil War reporter for The New York Times in the 1860s, a journalist for the New York Tribune in the 1880s, a famous New York court stenographer in an era when a court stenographer could be famous, a vineyard owner, rare book and china collector, noted wit, and ’Sconset enthusiast. He was especially gifted as a writer and promoter and is responsible for luring visitors to the village from across the country.

Underhill’s advertising circular included a detailed description of the cottages:
They are built . . . following the traditions of the builders of a hundred years ago, who made their houses strong and compact for comfort and convenience and with no thought that the structures they reared would ever be in demand for the residences of families from distant parts during the warm season. The only variations I have made from the strict simplicity of ’Sconset architecture are to have the apartments more commodious, and to avail myself of a few accessories which improve the appearance of the dwellings without, in the least degree, giving them the ornate look of modern built cottages at our fashionable seaside resorts.

Each house has a small cellar, a cistern abundantly supplied with rain water, and is completely furnished for house-keeping, even to the extent of providing crockery, cutlery and bed and table linen. The bedsteads are of modern style and are furnished with spring bottoms and mattresses of the best quality curled hair. Each house is situated on a lot having a frontage of 55 feet with a full area of 3,300 square feet of ground.

One of the quirkiest Underhill creations was the construction of extra rooms on wheels that could be rolled up to a cottage for additional living space. This invention was most likely constructed by Asa Jones, along with George W. Rogers, Underhill’s carpenters of choice. The cottages along Pochick, and Lily and Evelyn (named for Underhill’s daughter and wife), appear to have been built over several years, but individual cottages were built quickly—often completed according to newspaper accounts within 10 or 14 days.

By the early 1890s, Underhill community was complete and was thriving with nearly two dozen cottages. It quickly became known as the village’s “Actors’ Colony,” due to it being largely populated by Broadway actors and actresses, artists and writers, and other bohemian types. The Underhill cottages continued to be rented until the mid 1920’s – often by the same families, year after year.

Are you interested in learning more about these cottages?
Join the last ‘Sconset Architectural Walking Tour of the 2016 season!

Details: Join NPT Executive Director, Michael May who shares his knowledge of this unique fishing settlement at  the eastern edge of the island. This will be the last public tour of the season. Private tours are available at a minimum price of $250. For more information click here or please call 508-228-1387