Five Quince Street dates to the mid-eighteenth century, when it was the homestead of Nathaniel Hussey, his wife Judith Coffin, and their eight children.  Hussey inherited the house from his father, Silvanus, a wealthy whaling merchant who bequeathed a dozen houses to family members when he died in 1765.  In the late 1780s, David Hussey, son of Nathaniel and Judith, became the sole owner. His wife, Lydia, lived at 5 Quince Street probably longer than anyone else, for more than fifty years. 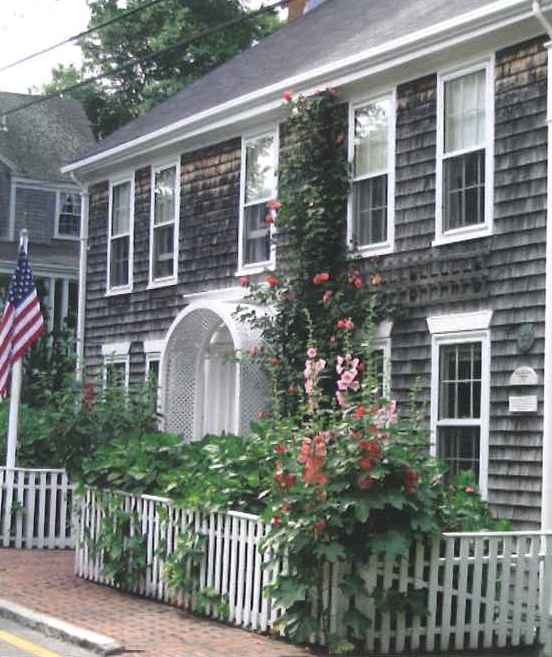 The house was perhaps best known in the early twentieth century as the summer home of Austin Strong. Strong was the author of the Broadway show Seventh Heaven and other dramas, and on island was commodore of the Nantucket Yacht Club, a founder of the Wharf Rat Club, and originator of the rainbow fleet.  Strong and his wife, Mary Wilson, completed a major renovation of the house in 1929 and retained most of the original elements and flavor of the old house. His heir ensured that the house would be protected by placing the island’s first interior preservation easement on the property.