Thanksgiving is all about coming home and spending time with your family and friends, and there’s no better place to come home to than Nantucket. The Nantucket Preservation Trust works to preserve that sense of place you feel as soon as you arrive on the island—that you have come home to a very special place.

This week, we’re digging into our records and serving up a heaping helping of history about two Nantucket farms. After all, Thanksgiving is a time to celebrate the harvest.

The farm at “Watercomet,” containing more than 26 acres, was purchased by Captain Ebenezer (Eben) M. Hinckley in 1844. The house was in existence when he bought the property from Henry Coffin. Henry and his brother Charles G. Coffin were wealthy whale oil merchants, sons of Zenas Coffin, and both of them had homes in town on Main Street. The occupant of the house at the farm prior to 1844 is unknown.

Reading through the archives of The Inquirer & Mirror, one thing is clear about Hinckley Farm—Captain Hinckley was well known for his berries:

Our kind friend, Captain Eben Hinckley, sent as a bouncing dish of Blackberries, round and plump, not a bruised or scraggy one in the lot… Capt. H. raised a fine lot of them on his farm, which a friend assures us is well worthy of a visit to see.
August 12, 1857

In addition to berries, Captain Hinckley grew pumpkins, sweet corn, field corn, turnip beets, squashes, mottled cranberry beans, and potatoes on his farm. Everything you need for a Thanksgiving feast—except the turkey!

The Inquirer and Mirror visited Burgess in December of 1898:

We visited Burgess’ Poultry Farm at Quaise a few days since, and were impressed with the sight of the twenty-four houses sheltering as fine flocks of barred Plymouth Rock fowl as one could wish to see. They have 500 pullets, many of them now laying, and 100 fowl saved from last year’s stock. Their big brooding house is ready for the next season’s hatchings, and everything about the place indicated successful poultry culture. As we have before remarked, Nantucket offers the field for poultry raising on a large scale. The Messrs. Burgess have gradually increased this branch of their business, until they have become known to the outside poultry and egg markets, and are having frequent applications from commission house for handling their trade. They have been exporting eggs for several months at very remunerative figures.

In 1915, Burgess’ was even filling orders for turkeys from the mainland, and the flock of turkeys on the Burgess farm were said to be the second largest in the state.

Wherever you are enjoying your Thanksgiving this year, we hope it’s a happy one!

Happy Thanksgiving from all of us at Nantucket Preservation Trust. 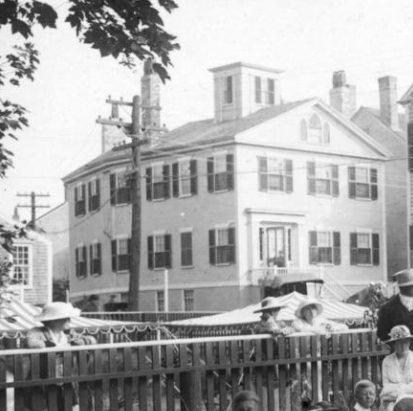 Walk a little ways up past the Pacific National Bank on Main Street, and you’ll find some of the island’s grandest homes.

86 Main Street, which recently underwent a careful restoration, is one Main Street’s most unique designs–in that it doesn’t adhere to one particular architectural style.

Built in 1834, 86 Main Street has been described as “Revival-Eclectic” by architectural historian Clay Lancaster. With elements of Federal (as seen in the end chimneys), Greek Revival (cupola, pilasters, and doorway), and Gothic Revival (lancet window in pediment) styles of architecture, 86 Main Street is indeed an eclectic house. So were the people who lived there.

Here’s the story of the first two families who lived in 86 Main.

But the house that Captain Allen purchased in May of 1833 was not the same house that stands at the 86 Main Street today. By October 9, 1833, Captain Allen had placed an advertisement in the Inquirer for an “Old House for Sale”:

“To be sold at public auction on the premises, at 2 o’clock P.M. on the 17th of the present month, if not previously disposed of, the house, late the property of Jonathan and Peregrine Folger, deceased; with all the Bricks and Stones thereto belonging, exclusive of the stones in the cellar. Also, a woodhouse belonging to the same. Both to be removed from the land by the 25th…”

Somehow or another, the house originally on the property was removed, and Captain Allen built the present structure, a large house that the Allen family occupied by late 1834 or early 1835.

Captain Allen was one of Nantucket’s most prominent mariners. In 1798, he was master of the ship Leo at only twenty-five years old. Between 1798 and 1830, Allen captained seven ships on thirteen whaling voyages. Allen was married to Abigail Coffin (1775-1862) and had six children. Now retired, Captain Allen built a grand home near homes of ship owners and whale oil merchants.

Captain Allen’s fortunes would soon change. In June of 1835, he mortgaged the property to the Nantucket Institution for Savings for$3,500. Shortly after the panic of 1837, Allen was forced to give up his rights to the house. 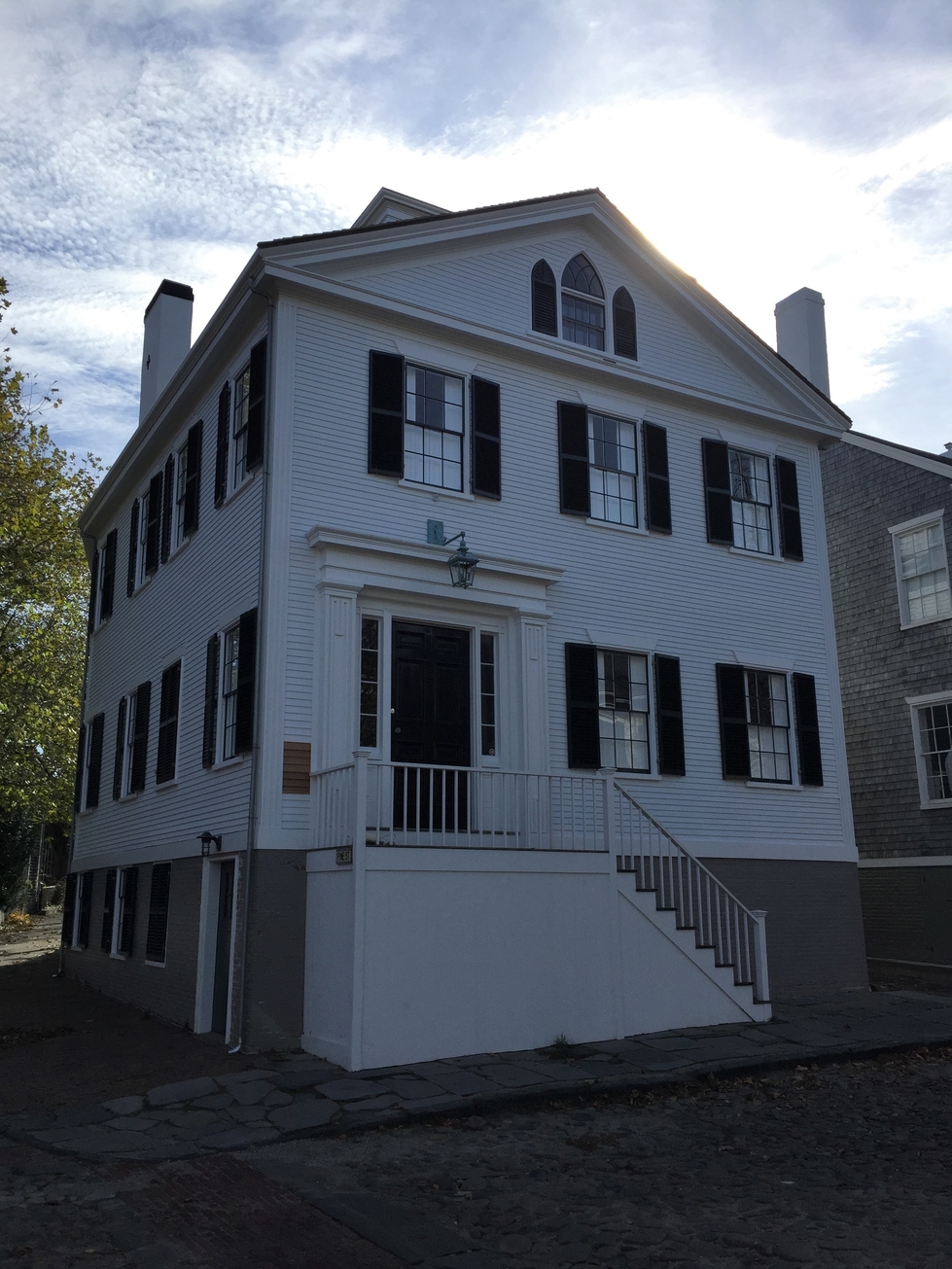 In December of 1838, Ann Crosby (1818-1904), a single woman, purchased the property from the bank for four thousand eight hundred $4,874. Ann’s mother, Lydia Coffin (193-1823), died when Ann was just five years old, and was the daughter of Zenas Coffin, one of the wealthiest whale oil merchants in the state. Zenas appears to have left Ann a sizable inheritance, which was likely used to purchased the grand captain’s mansion. Ann’s father, Matthew Crosby (1791-1878) was also a wealthy island merchant and owned much of the land between Pine Street and Traders lane. Two months after she purchased the property, Ann and George C. Macy (1814-1895) announced their marriage intentions.

If you want to know more about 86 Main Street, and see photos and maps, click here to read our Brief History.

Are you interested in the history of your house? Call us at 508.228.1387 to learn more about our house history programs.

This blog post adapted and excerpted from 86 Main Street: A Brief History by Christine Harding for the Nantucket Preservation Trust.